(And if you’re not in New York City, take no comfort from that; your system almost certainly is worse.) 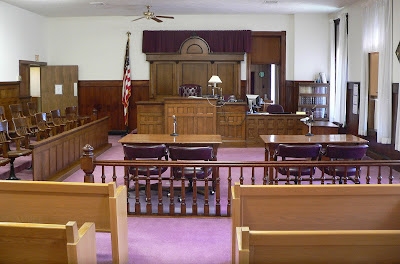 As in most places, when COVID-19 struck, the child welfare system in New York City revealed its true priorities.

The order was issued on March 15, effective two days later: The juggernaut of pro-forma Family Court hearings to rubber-stamp removals of children by the City’s Administration for Children’s Services (ACS) – hearings that often occur after the removal takes place and usually without a parent, much less a parent’s lawyer, present – would continue.  But the hearings that are supposed to happen a few days later – the first real chance for children to get their parents back – were postponed, along with almost everything else.

Now, those hearings are very slowly resuming, via videoconference.  So now we have statistics showing just how much children are being hurt by these skewed priorities.

The Center for New York City Affairs reports that from March 26 through April 9 there were initial hearings seeking reunification in cases involving only 37 children.  Parents challenged the removal in cases involving 19 of those children.  And in cases involving 10 of those 19 the judge said, in effect, that ACS screwed up. The judge sent the children back home, much the worse for the experience and, of course, at greater danger of contracting COVID-19 due to the very process of removal itself.

So this means that, at a minimum, ACS inflicted foster care and all the attendant trauma on children needlessly more than 25 percent of the time. That’s not some fluke related to the pandemic. The 25-percent-ordered-returned rate is consistent with ACS’ track record even before COVID-19.  The real figure almost certainly is higher. That’s because we don’t know how many parents simply were unable to challenge removals – and because it is extremely difficult to get a court to rule against ACS only a few days into a case.

So now let’s think about all the removals in New York City where there have been no hearings – because the court was only holding hearings to take away children not to return them home. Odds are, at least 25 percent of those children should have been returned home, too.  But some of them continue to languish in foster care, and will stay trapped there until the courts get around to them.

And what about the rest of the country? Most court systems have displayed the same skewed priorities – in spite of federal guidance urging that hearings continue.  And most of the country is even quicker – sometimes vastly quicker – to tear apart families than New York City.

It is terrifying to contemplate how much wrongful removal – and needless exposure of children to the risk of coronavirus - is taking place in, say, Philadelphia, which takes away children at the highest rate of America’s biggest cities, and where the child welfare agency is lying about another key element of federal guidance.

And it’s terrifying to think of what is happening to children in states like Montana, Wyoming Vermont and West Virginia; states that, year after year, tear apart families at among the highest rates in the nation, even when rates of family poverty are factored in.

All across America, how many children have they needlessly traumatized by removal to foster care – and needlessly exposed to COVID-19 – thanks to the failures of child welfare systems and courts?  And why aren’t more journalists asking about it?