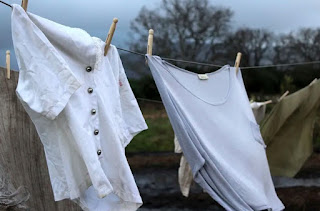 As America’s racial justice reckoning finally catches up with “child welfare” – or, as it should be called, family policing – the “child welfare establishment is engaged in its own campaign of reputation laundering.  Yet none of the recent trips to the reputation laundry from child welfare establishment groups includes support for any proposal that would reduce their power.  That’s how we know the real goal is to co-opt the rhetoric of change and put it to use maintaining the oppressive status quo.  Consider the first of three recent examples.

The Child Welfare League of America

Faced with demands to stop confusing poverty with neglect, end the misuse and overuse of foster care and purge the system of racial bias, longtime CWLA President Christine James-Brown declares: “The field is ready, hungry for this type of change.” 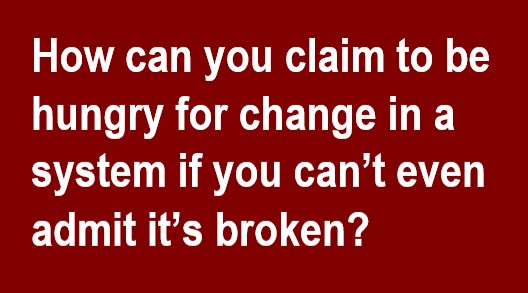 But CWLA is “the field.”  CWLA could have had the system it claims to hunger for at any time because CWLA and its members have all the power.  CWLA’s agencies not only built the system we have now, they – and CWLA itself – spent decades fighting against the change for which Ms. James-Brown claims to hunger.

● CWLA opposed real child welfare finance reform – not the tokenism of the Family First Act but the kind in which states would be free to take their vast foster-care entitlement funding as a flexible flat grant and use the money for better alternatives.  Even when the proposal was strictly voluntary -- an option for states that wanted it -- CWLA opposed it.

● In fact CWLA went further, calling for a change in a complex funding formula that would have the effect of more than doubling federal foster care spending.

But now they want us to believe that all along they’ve been hungry for change?

In a 2006 publication, CWLA declared:

It is often said that the nation’s foster care and child welfare system is ‘broken.’ In reality, it isn’t broken so much as it has never been fully supported and empowered to function effectively.

Sixteen years later, they’ve tweaked the rhetoric, but it’s just old whine in new bottles.  In an echo of that claim from 2006, the chair of CWLA’s board of directors laments that “When something goes wrong, the system is described as ‘broken.'”

How can you claim to be hungry for change in a system if you can’t even admit it’s broken?   CWLA is hungry only for what it’s always been hungry for: Power.

● Repeal of the Child Abuse Prevention and Treatment Act.

But CWLA and the other groups we will spotlight over the next few days will never go near an agenda like that.

Tomorrow: Our next example.

Read all the posts in this series here.

Posted by National Coalition for Child Protection Reform at 3:37 AM