PART ONE OF FOUR: “Child welfare” heads to the reputation laundry 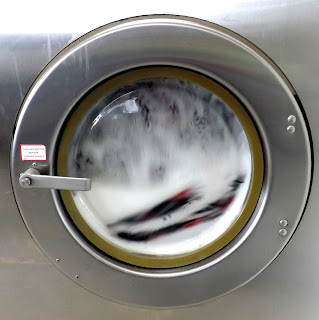 As America’s racial justice reckoning finally catches up with “child welfare” – or, as it should be called, family policing – the “child welfare establishment is engaged in its own campaign of reputation laundering.  Indeed, watching the child welfare establishment respond to the racial justice reckoning is almost like rereading George Orwell’s 1984 – in particular, the scenes in which party propagandists change their party line without skipping a beat: “We are at war with Eurasia.  We have always been at war with Eurasia.”

But there is one key “tell” in all this – one element that makes clear that the rhetoric is, well, Orwellian.

The key to the harm that family policing – a more accurate term than “child welfare” -- does to children is the enormous power of the family police.  Even the minimal due process protections in criminal justice are effectively null and void in “child welfare.”  A police officer in a blue uniform can stop a Black youth, throw him against a wall and frisk him.  The family police can march right into a Black child’s home, stripsearch him, and walk out with him.  (In both cases, they can do it to white people, too, but in both cases, of course, it’s far more likely if you’re Black.)

Yet none of the recent exercises in reputation laundering from child welfare establishment groups includes support for any proposal that would reduce their power.  That’s how we know the real goal is to co-opt the rhetoric of change and put it to use maintaining the oppressive status quo.

Over the next few days we will present three examples of big mainstream child welfare groups that have made recent trips to the reputation laundry.

Not one of these huge organizations has embraced any change that would actually diminish the police power of “child welfare.”  Not one has truly embraced reforms that would bolster due process for families.

● Repeal of the Child Abuse Prevention and Treatment Act.

But the groups we will spotlight over the next few days will never go near an agenda like that.

TOMORROW: OUR FIRST CASE IN POINT

Posted by National Coalition for Child Protection Reform at 3:03 AM