The federal government has released state-by-state data for the number of children taken from their parents in FFY 2021 (yes, they always run about a year late).  And NCCPR has updated our rate-of-removal index.

The big national takeaway is that these data – once again – refute the racist myth about COVID-19 and “child welfare.”  You remember, right?  All those dire predictions that when overwhelmingly middle-class, disproportionately white “mandated reporters” no longer had their  “eyes” constantly on children who are neither, those children’s parents would unleash upon them a “pandemic of child abuse.”

Notwithstanding research showing that didn’t happen, the myth morphed in 2021 into this: As soon as schools reopened and overwhelmingly middle-class, disproportionately white “mandated reporters” once again had their “eyes” constantly on children who are neither, a vast amount of hidden child abuse would be revealed and entries into foster care would surge.

The new data provide even more evidence that this didn’t happen.  Nationwide, entries into foster care declined by five percent.  That’s because, of course, there was no hidden pandemic of child abuse; on the contrary, government cash assistance and mutual aid efforts reduced poverty so there was less poverty to confuse with neglect.

But some states, notably states that always have been fanatical about tearing apart families, didn’t get the message. 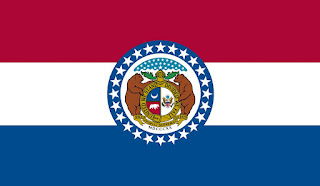 Missouri.  This is a state where the head of the family policing agency, known as the Children’s Division, effectively admitted massively violating federal law by failing to make “reasonable efforts” to keep families together.  The failure shows.  The number of children torn from their parents in Missouri increased by five percent.  In 2021 Missouri tore apart families at nearly double the national average and the 10th highest rate in the country – even when rates of child poverty are factored in.

Kansas.  Even Missouri looks good compared to Kansas.  In Kansas, entries into foster care also increased by five percent – but Kansas was worse than Missouri to begin with.  Kansas tears apart families at the seventh highest rate in America, more than double the national average.  And that may be an underestimate, because of how that state uses a loophole in federal reporting requirements (or simply violates those requirements) to avoid reporting many short-term placements. 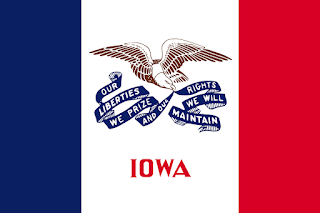 Iowa. This state shows what happens when those masters of “health terrorism” at Prevent Child Abuse America dominate the debate.  PCAA’s Iowa chapter has been the “Godsource” for journalists in that state for decades.  (You can read about Prevent Child Abuse Iowa’s recent behavior in NCCPR’s publication on reputation laundering in “child welfare.”) So it’s no wonder Iowa tears apart families at a rate nearly as high as Missouri – and the number of children torn from their families soared by 11%.

And, by the way, all three states have records of racial disparity as bad or worse than the national average.

Posted by National Coalition for Child Protection Reform at 3:19 AM