Some Massachusetts school districts (can you guess which ones?) used child abuse reports to harass families whose kids couldn’t get online for school. The state child welfare agency encourages it. 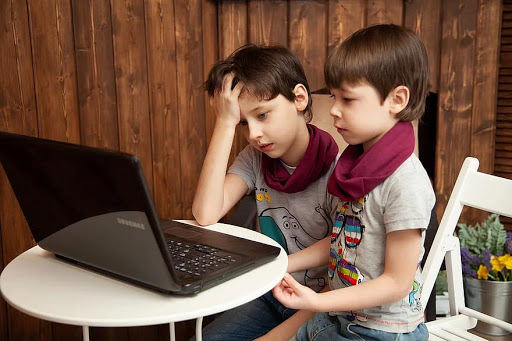 Excellent reporting by The Boston Globe shows how one district betrayed a mother who came forward seeking help. But that’s only the beginning.

On the surface this excellent story by Bianca Vázquez Toness of the Boston Globe is about just one aspect of child welfare’s failed, racist response to COVID-19 – school districts calling in child abuse reports on poor families who couldn’t get their children online for classes. (It’s not the first such story; the online news site The City wrote about how New York City schools are doing it, too.)

Were that all there was to the story it still would be an important contribution to understanding how child welfare is making everything worse for poor families trying to cope with the coronavirus.  But this story actually reveals much more: It reveals, once again, how racism is embedded in every American institution and it reveals how our massive child welfare surveillance state has backfired, adding immeasurably to the stress on poor families, driving them away from seeking voluntary help, and actually making it harder to find the relatively few children in real danger.

Indeed, the Globe story serves as a perfect illustration of what Prof. Kelley Fong found in her groundbreaking scholarship about the child welfare system in Connecticut and Rhode Island.

So let’s take a closer look.

The first point – about where, exactly, school districts are prone to harass families with child abuse reports because parents couldn’t get their kids to class online, will come as no surprise:

The trend was most common in high-poverty, predominantly Black and Latino school districts in Worcester, Springfield, Haverhill, and Lynn; advocates and lawyers reported few, if any, cases from wealthier communities.

Perhaps a little more surprising, and even more discouraging, is the role the Massachusetts Department of Children and Families is playing in this harassment: They’re encouraging it.

School staff are required to notify DCF when they have “reasonable cause to believe” a child has been abused or neglected. Indeed, during the pandemic, the state explicitly reaffirmed to school districts that teachers should report parents if students were “repeatedly truant/missing from their school programming and attempts to provide resources have been ignored or refused.”

Or maybe that’s not surprising for an agency which, year after year, tears apart families at a rate far above the national average, even when rates of child poverty are factored in.

The story goes on to show us that this isn’t really new. COVID-19 has highlighted and worsened a pre-existing condition. And it shows us that the definition of “ignored or refused” depends a lot on the family’s race.  Again, from the story:

Schools often read into situations involving children of color, imagining “something bad happening where there is nothing,” said Elizabeth McIntyre, attorney with the School to Prison Pipeline Intervention Project at Greater Boston Legal Services. One client she represented, a Black mother who worked as a hairdresser, was reported to DCF when she didn’t answer phone calls from the school when her child was having an emotional crisis. They called her three times within a 30-minute period, McIntyre said. “If she were a white parent who worked at a big law firm downtown ... the district would not file a [report].”

Now, the COVID-19 crisis and school closings have given schools new ways to surveil and punish parents, said Leon Smith, executive director of Citizens for Juvenile Justice. That’s happening both through the close attention to online absenteeism and video conferencing that allows teachers to see inside a family’s home.

Schools aren’t calling DCF “in the suburbs, where kids are blowing off their online schooling,” he said. “It’s happening in communities of color.”

But perhaps most important, the Globe story illustrates a key finding from Prof. Fong’s work: The system betrays families that seek help, and drives them away from that help. The Globe tells the story of an immigrant mother whose first language is Spanish:

Her young son’s behavior became difficult after schools closed in March, the woman said, adding that the boy clearly missed the structure and routines. She reached out to school staff for advice. “I was desperate,” she said. “I just wanted some techniques.” The mother met with a school therapist on Zoom, and asked about how to handle her son’s outbursts.

Although there was a language barrier — the meeting was held in English even though the mother struggles with the nuances of the language — she thought the conversation went well. “She seemed concerned and was very polite,” the mother said of the school therapist. “I felt trust.”

So she was shocked a few days later to receive a call from DCF. Someone from the school had alleged “general neglect” based on “behaviors observed or disclosed during remote learning.”

“Maybe it was my English,” she said.

So maybe encouraging helpers to be spies on poor families isn’t such a good idea after all.  Maybe it’s time to reconsider the whole child welfare surveillance state, with its emphasis on a failed system of mandatory reporting that, even as it drives families away from help, overloads agencies with false reports so they have less time to find children in real danger.  The surveillance state that Massachusetts DCF is encouraging, and all those school districts love, makes all children less safe.