Predictive analytics in child welfare: If you can’t trust Watson… 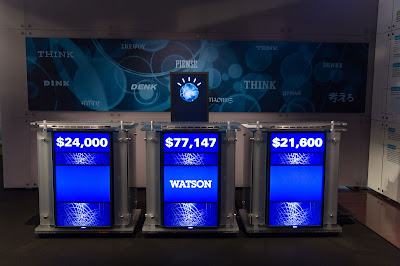 Remember Watson?  Watson is that supercomputer that was so good at Jeopardy even Ken Jennings couldn’t beat it.  But it turns out Watson has some limitations.

According to a story in the online news site The Correspondent:

IBM stated in 2016 that Watson would cause a "revolution in healthcare." Instead, several research centres have since cancelled their cooperation with the system because Watson’s recommendations were not only wrong but also dangerous.

Even more striking, because of what it says about how media approach such supposed breakthroughs, is an example to which The Correspondent linked: This story from Health News Review.  Here’s how that story begins:

We often call out overly optimistic news coverage of drugs and devices. But information technology is another healthcare arena where uncritical media narratives can cause harm by raising false hopes and allowing costly and unproven investments to proceed without scrutiny.

The story goes on to cite one gushy news account after another about how Watson would be a great leap forward in treating cancer.

So consider: Watson was being asked to help diagnose and design treatments for something that already existed.  It wasn’t even asked to predict much.  And it was dealing in the area of hard science.

In her story for The Correspondent, reporter Sanne Blauw writes:

We’re looking to technology as the sole solution to all our problems. Yet the best solutions could be in a completely different place. Climate change may require systemic change rather than a better algorithm. Teachers and healthcare workers would probably benefit more from a better salary than a robot assistant.

Similarly, child welfare agency caseworkers – and the families they deal with – would benefit more from a better salary than a predictive analytics algorithm.  And child welfare definitely requires systemic change rather than an algorithm.

It doesn’t make children safer, it magnifies human biases, it gathers vast troves of data on mostly poor people without their consent, and the human beings in charge of it will never be able to live up to their promises to strictly limit its use.

The question: What is predictive analytics in child welfare?

UPDATE: Looking at the brighter side, at least Watson wasn't racially biased - which is more than can be said for another recent effort to use predictive analytics in medicine.

And there’s more about all of this here.