Is Nebraska reducing foster care – or just hiding it? 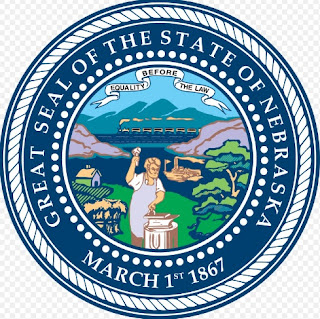 For decades Nebraska was a national example of child welfare failure. Year after year the state took away children at one of the highest rates in the nation.  The state human services agency suffered from a succession of poor leaders, including one of the very worst, Todd Landry. Landry even made a sick joke at the expense of vulnerable families.   (Proving that no matter how big a failure you are, there’s always room for you in child welfare, Landry now is in charge of child welfare in Maine.)

Nebraska’s failings are outlined in detail in a report NCCPR released in 2012.

But then it looked like things were turning around.  When Matt Wallen was named Nebraska’s Director of Children and Family Services he took some constructive steps.  The new leader of the entire state health and human services agency, Dannette Smith, appears to want to continue the progress.  The rhetoric coming from her agency certainly has improved.  But do the numbers back up the words?

Officially, the number of children torn from their families in Nebraska dropped significantly in recent years.  Officially, as of 2018, Nebraska’s rate of child removal was “only” about 20 percent above the national average, when rates of child poverty are factored in.

But did removals really decline?

It seems that even as official entries into foster care have declined, another kind of foster-care has increased.  In an outstanding law review article on the topic, Prof. Josh Gupta-Kagan of the University of South Carolina School of Law calls it “hidden foster care.”

It’s something I’ve been writing about for a decade now: Child protective services agencies go to a family and coerce them into surrendering their children “voluntarily.”  In fact, there’s usually nothing voluntary about it.  The agency says: Place your children with a relative “voluntarily” or we’ll go to court and place them with total strangers.

In Texas, nearly two-thirds of entries into care occur this way.  There are indications the number may be almost as high in Virginia – though the data are limited.  And now, some Nebraska advocates claim that, in the past couple of years there’s been as one put it “a huge increase” in such placements in Nebraska.

Although we read federal regulations as requiring states to report these entries into foster care in official statistics, typically they don’t – and the federal government has not cracked down on this evasion. Indeed, in an Orwellian twist, some states refer to this as “diversion” from foster care.

Though placement with a relative is almost always the least harmful form of foster care, kinship care is still foster care.

The issue actually got attention in Nebraska for the wrong reasons.  Whenever the Nebraska child  welfare agency tries to put its dismal past behind it, a fear-mongering chorus rises up, aided and abetted by an Omaha television station that specializes in hype and hysteria over child abuse – which is why I’m not linking to their story. So in this case, the concern is based on the false claim that these hidden foster care placements are less safe, because a court didn’t sign off on them.

The temptation to use hidden foster care in Nebraska is understandable. In Nebraska the courts tend to be even worse than the child welfare agency, particularly in metropolitan Omaha.  Here’s one example. There’s another on Page 41 or our Nebraska report.

So, one could argue, even if the “improvement” in Nebraska consists entirely of placing children with relatives who formerly would have been placed with strangers, that’s still an improvement.

But such placements are too easy to abuse. They deprive families of even the minimal due process protections available when a worker formally removes the child and then goes to court to rubber-stamp the removal.  In Nebraska, we don’t know if these are all cases in which the children otherwise would have been placed with strangers, or if they include cases in which the children would not have been removed at all if the agency had been required to go to court.

And these placements are too easy to hide.

Because now we don’t know if Nebraska made progress in dealing with its obscene rate of removal, or just found a way to sweep it under the rug.
Posted by National Coalition for Child Protection Reform at 6:00 AM