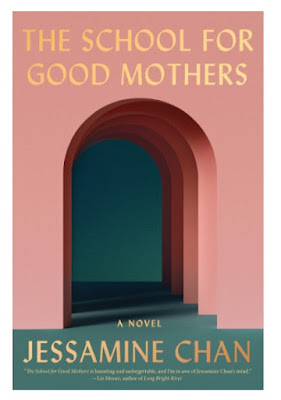 ● I’ve never before led with a review of a novel, but Jessamine Chan’s The School for Good Mothers is no ordinary novel. Some might say it depicts a dystopian future child welfare surveillance state.  Dystopian yes – but it’s only 20 minutes into the future (10 if you live in Pittsburgh). As Kate Knibbs puts it in her review for Wired:

“This closeness to reality is what turns the book’s emotional gut punch into a full knockout wallop. A mother reading it doesn’t close the book, sigh, and think, Thank god the world’s not really like this. No, she closes it and knows she must be very careful.”

Read it and you’ll find yourself thinking about it almost every time you read about how the system functions right now.

● You might think of The School for Good Mothers when you read this column in The Imprint from Former Juvenile Court Judge  Karen Baynes-Dunning. It’s called “Stop Blaming the Uncooperative Mother.”  It’s part of the special issue of Family Integrity and Justice Quarterly devoted to the harm done by the so-called Adoption and Safe Families Act.

● You might think of The School for Good Mothers again when a child’s legal, state-approved use of medical marijuana to control seizures leads to the child being dragged from her home screaming by the family police in Oklahoma.

● There is a right way and a wrong way to cover the release of the federal government's annual Child Maltreatment report.  I have a blog post about how the Associated Press got it wrong. In contrast, The Imprint got it right.

● There’s also a right way and a wrong way to report on the use of “predictive analytics” in child welfare.  The Imprint offers a careful, nuanced analysis with ample room for all sides of the debate, along with some startling revelations about the work of the nation’s foremost predictive analytics evangelist, Emily Putnam-Hornstein. Compare this to how the Los Angeles Times contributor Garrett Therolf, systematically excluded dissent from Putnam-Hornstein’s point of view when writing about the same topic. (And, yet again, you may find yourself thinking about a certain novel.)

● The American University Law Review is sponsoring this online event on Feb. 4: The Impact of Race on Youth [in]Justice The last panel is on Issues in the Family Regulation/Child Welfare System with an impressive group of speakers.

● Along similar lines, Prof. Shanta Trivedi of the University of Baltimore School of Law discusses “Why is America so Keen on Separating Families?” on the ACLU At Liberty podcast. The link goes to the recording and a transcript.

● There’s still another example of the price of foster-care panic in Illinois: The state is warehousing children at one of those awful parking place “shelters” for an average of 107 days.  Oddly, some of the children don’t want to stay there. As Beth Hundsdorfer of Capitol News  Illinois reports:

There is no public transportation nearby. Its closest neighbor is a business that rents heavy equipment. Children from Cook County … are nearly a five-hour drive away from home.

“Illinois does not utilize locked residential facilities, and in spite of the best efforts to provide care for children living in these facilities, some youth choose to try to return home to their families and familiar living situations,” McCaffrey, the DCFS spokesman, said in an email. “In these cases, DCFS works with local law enforcement to help return the children to a safe space where they can get the care and services needed.” [Emphasis added].

So, instead of thinking: Hey, maybe those young people are trying to tell us something and we should make their own homes “a safe space,” we’ll just bitch and moan about the fact that we can’t lock ‘em up – and, as the story also reports, give this horrible place and extra $647,000 to keep on harming children.

● It began with needless removal of a child. Everyone stalls and stalls until the foster parents can play the bonding card.  Then the foster parents themselves go to court to try to terminate the child’s rights to his own parents (a more accurate term than “termination of parental rights.”)  Apparently, you can do that in Tennessee, according to this story from the Tennessee Tribune.

Posted by National Coalition for Child Protection Reform at 5:46 AM