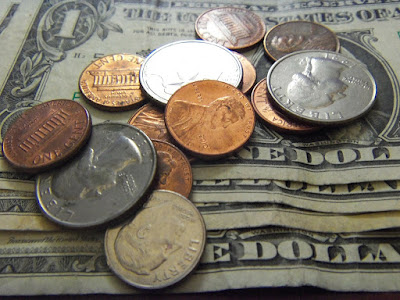 Compared to the billions of dollars wasted on things like harming children by institutionalizing them, the small item discussed in this story in The Imprint is barely a drop in the bucket  - and odds are it won’t actually make things worse.

But it’s hard to imagine anything that more perfectly captures the banality of child welfare thinking than this waste of $20 million:

Five organizations will spend this federal grant money to create a “Quality Improvement Center on Engaging Youth in Finding Permanency.”  And what will these groups do with the $20 million?

Over the next five years, the consortium will launch pilot sites that “give youth an active role when decisions are made about their care, including reuniting them with their birth families or placing them in other legally recognized and permanent arrangements,” according to a press release from the University of Washington School of Social Work.

The sites will work with local youth in the foster care system, ages 12 to 20, to glean their greatest needs and their thoughts on what moves would be most helpful in achieving permanency.

Where oh where to begin.

OK. For starters, not one of those twenty million dollars will go to a group actually run by current or former foster youth – you know, the very people this project is supposed to “engage and empower.” There are many such groups. They already know their own “greatest needs” – and they’ve been trying to tell the “child welfare” establishment, in some cases for decades.

But no. This is just another way for the system to scarf up some more federal dollars.  The money goes to two adoption advocacy groups (reinforcing the bias that permanency equals adoption, not reunification, and prioritizing paper permanence over what has aptly been called “relational permanence”) not one, but two schools of social work, and – I kid you not - a consortium of child welfare system administrators. (After all, social work schools and child welfare administrators have created such a wonderful system, who wouldn’t want to throw an extra $20 million their way?)

Oh, don’t get me wrong.  After they’ve engorged themselves on the $20 million, I’m sure they’ll make some token efforts to include foster youth in some kind of prolonged planning process with lots of jargon and flipcharts.  They’re bound to set up some kind of “youth advisory committee” and hold token forums to get “input.”

After all, according to that press release from one of the social work schools “We want youth to be seen as competent and knowledgeable parties who deserve to have input and decision-making power about their own lives.”  Sure.  Just as long as the social work schools and their partners get to keep all the money, and the professors get to boost their status at their universities because they brought in a fat grant.

Oh, and that word “deserve” implies that actually having power over their own lives is some kind of privilege to be bestowed as a gift upon young people whose lives this same system uprooted in the first place – as opposed to a right.

It’s depressing to imagine what went into this.  Was there the usual mind-numbing jargon-filled grant proposal?  Did they promise to “leverage a paradigm shift”?

But if the thought of genuinely empowering and engaging foster youth is just too much to bear, here’s another way to spend the money:

Admittedly, that’s not a lot.  But it might buy someone who’s just aged out some new clothes for a job interview, or some college textbooks, or maybe a nice suitcase for a younger child so, the next time she’s forced to change foster homes, at least she doesn’t have to put all her things in a garbage bag.

And the government could still achieve the alleged purpose of this grant. Here’s how: With each check, include a note asking that the young person tell you “their greatest needs and their thoughts on what moves would be most helpful in achieving permanency.”

Posted by National Coalition for Child Protection Reform at 1:53 AM