New York Times does the “oh-my-God-it’s-spreading-to-the-white-middle-class!!” story about overuse of psychiatric meds on kids

In the Times, even social problems can be gentrified. 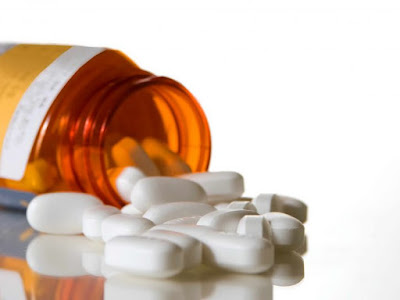 In a front-page story in The New York Times today (Aug. 28) about the misuse and overuse of psychiatric medication on children, these are what journalists call the “nut grafs” – the paragraphs that summarize what the whole story is about and why it’s important:

Psychiatrists and other clinicians emphasize that psychiatric drugs, properly prescribed, can be vital in stabilizing adolescents and saving the lives of suicidal teens. But, these experts caution, such medications are too readily doled out, often as an easy alternative to therapy that families cannot afford or find, or aren’t interested in.

These drugs, generally intended for short-term use, are sometimes prescribed for years, even though they can have severe side effects — including psychotic episodes, suicidal behavior, weight gain and interference with reproductive development …

Moreover, many psychiatric drugs commonly prescribed to adolescents are not approved for people under 18. And they are being prescribed in combinations that have not been studied for safety or for their long-term impact on the developing brain.

What? You mean you’re horrified – but not shocked?  Not even surprised?  That’s because, if you read this Blog regularly, you probably work in or study “child welfare.”  So you know that, for the children with whom you are familiar, this has been going on probably for as long as the medications have existed.

When the “news” isn’t new

The one and only thing new is the one thing Times editors apparently decided made it worthy of a front-page story: It’s happening to kids who are white and middle-class!  In The New York Times, even social problems can be gentrified.

Public health officials first grew concerned about the problem of multiple medication use, or polypharmacy, a decade ago, when it emerged among young people in foster care and low-income settings. Legislative reforms were passed to curb the practice in those settings, but it has since widened to include affluent and middle-class families.

“It’s gone mainstream,” said Julie Zito, professor of pharmacy and psychology at the University of Maryland.

That first paragraph is wrong in almost every respect.

First of all, the practice of doping up foster youth to make them docile for overburdened caretakers didn’t mysteriously “emerge” into public view.  Second, it’s been known for well over a decade.  We know about it primarily because of outstanding investigative reporting from other news organizations.

Karen de Sa, now executive editor of The Imprint,  exposed it while at San Jose Mercury News in 2014. Sarah Fitzpatrick, now a supervising investigative producer at NBC News, exposed it on the PBS series Need to Know in 2010.  Tracy Weber, now a managing editor at ProPublica, exposed it while at the Los Angeles Times -- in 1998!  One line from Weber’s stories I will never forget: “Even a three-year-old knew the word ‘meds.’”

And then there are the official reports like the one by then Texas State Comptroller Carole Keeton Strayhorn in 2004, and scholarly journal articles like this one from Angela Olivia Burton in 2010.

But the Times story says, in effect: Hey, those laws fixed the problem for the poor kids and the foster kids, so we can just focus on the affluent white kids – because those kids are “mainstream.”

But there are some problems with counting on a law here and there to fix this.

“Child welfare” is not run by the federal government.  Even if laws could fix this, there is no federal law that even tries.  The only state I know of that changed its laws is California, in response to de Sa’s reporting.  I’ve seen no data on how much difference it’s made. It’s probably made some, since industry lobbyists have been trying to weaken the reforms.  But there’s nothing to suggest it’s done enough for journalists to say: We fixed that problem; let’s move on!

In Florida, the late George Sheldon made curbing the drugging of foster children a cause when he ran the state “child welfare” agency.  That’s why Florida is the only state I know of that closely monitors the practice.  Unfortunately, though there has been some reduction in the use of psychiatric medication in family foster homes, there’s been no change in the settings where abuse is most likely, group homes and institutions.  As of August 25, 2022, more than one in four institutionalized Florida foster youth was on at least one psychiatric medication – about the same as when the state started collecting data in 2009.

Similarly, in response to Strayhorn’s report, Texas initiated what a 2013 news account calls “massive reforms.”  And they did reduce the number of foster children on psychiatric meds – from 42% to 32%.

And what about the other 47 states?

The Times story cites almost no actual data – only a single report by a prescription drug plan – to document that the problem is worsening among the “mainstream.”  And it has no data at all to show that the problem is worse among the “mainstream” than among foster youth or children from impoverished families.  It seems unlikely, however, that one-quarter to one-third of all children are on psychiatric medication.

What the need for laws tells us 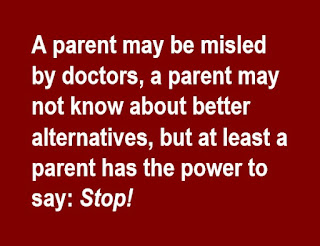 The very fact that we need laws to curb this abuse of foster youth illustrates why they were and always will be the most vulnerable to this kind of abuse:  The decisions are being made exclusively by people who don’t love them – group home staff and stranger foster parents.  At least in cases where the problem has “gone mainstream” there is usually a parent who loves the child.  A parent may be misled by doctors, a parent may not know about better alternatives, but at least a parent has the power to say: Stop!

The Times, however, remains fixated on the idea that this is a new problem.  From the story:

“You can very cogently argue that we don’t have evidence about what it means to be on multiple psychotropic medications,” said Lisa Cosgrove, a clinical psychologist at the University of Massachusetts, Boston. “This is a generation of guinea pigs.”

No, we’ve had generations of guinea pigs.  We just haven’t been paying attention.

Every time we see evidence of misusing and overusing psychiatric medication on any population it deserves front-page stories.  But those who are most vulnerable to such abuse need the most attention, rather than being written off in a single paragraph.

Later this week: More media criticism.  A public radio station talks to the right people - but still misses the point.

Posted by National Coalition for Child Protection Reform at 7:10 PM