● He smears all birth families with a claim that is – by definition – false.

● It’s the same claim that appears in scores of news stories.  It would never be tolerated in a story about criminal justice.  Yet it almost never is challenged by journalists reporting on child welfare. 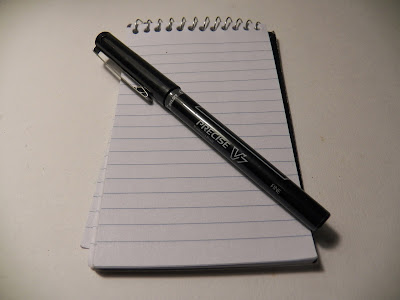 A question for any journalists reading this:

Suppose you were working on a story about the criminal justice system, and a prosecutor said: “By definition, anyone in jail is a criminal – they’re rapists and torturers and all sorts of other crooks.”  Wouldn’t you follow up with something like: “Wait a minute: Aren’t there plenty of people in jail just because they can’t make bail?  No court ever said they were guilty of anything – so why do you say they’re all criminals?”

The same is true in cases alleging – and that’s the operative word – child abuse and neglect.  Children can be held in foster care for months before a court ever decides if the child was, in fact, abused or neglected.  (And, of course, overwhelmingly, the allegation is neglect and that often means simply that the family was poor.)

“By definition, any child who is in [the Illinois ‘child welfare’ agency’s] care has been removed from the custody of their parents due to abuse or neglect or sex abuse, or torture or abandonment or being drug exposed,” Golbert said.

No. By definition, Golbert’s statement is false.

I’m not going to link to the story or name the reporter, because there’s no reason to pick on one well-meaning journalist for an error that is more the rule than the exception.  In fact, in all the times I’ve written to news organizations who have used this framing only one, Kaiser Health News, ever corrected it.

The claim is particularly damaging now in Illinois.  The story in question is about the fact that foster youth are trapped in psychiatric hospitals and juvenile jails because the Illinois Department of Children and Family Services has no place to put them.  The reason for that is a foster-care panic – a sharp sudden surge in the number of children torn from everyone they know and love in the wake of high-profile child abuse deaths. Such a panic has swept through the state, creating an artificial “shortage” of foster homes.

So Golbert’s false statement is not trivial.  Journalism that accepts as fact the stereotyping of all families who lose children to foster care as rapists, torturers or hopeless addicts, wipes off the table the one and only option that can actually solve the crisis in Illinois, and similar crises across the country: Illinois needs to stop taking away so many families needlessly.  Illinois actually learned this lesson once; now it needs to learn it again.

Get the many children who don’t need to be in foster care at all back home and Illinois will have plenty of room in good, safe foster homes for the relatively few children who really need them – and plenty of resources to provide in-home “Wraparound” services for what the story calls “high- needs youth.”  But that will never happen as long as every parent who loses a child to foster care is stereotyped as they are in this story, and so many others.

The failure to challenge the Golbert quote – the fact that the reporter apparently considered it an obvious truth beyond questioning – isn’t the only failure in this story and many like it.

Almost no one today would do an in-depth story about the criminal justice system and speak only to police, prosecutors and judges.  Of course, reporters doing that kind of story also would talk to the accused and to their lawyers.  Yet in the case of the story quoting Golbert and many, many others, it is common in child welfare to view parents as so sub-human they’re not even worth talking to.

By definition, that is bad journalism.

Posted by National Coalition for Child Protection Reform at 2:15 PM