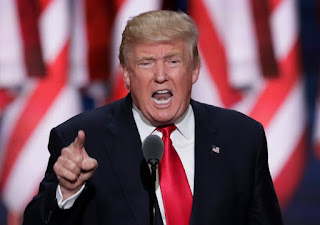 Last week, I wrote a post about the similarities – and the differences - between what the Trump Administration is doing to children at the border and the routine operations of American child protective services agencies.

Well, now we can add another item to the “similarities” list.

How do those urging child protective services agencies to tear apart even more families justify their demands? They invoke horror stories; the extremely tragic – and extremely rare – cases in which children “known to the system” are killed by their parents. They use these horrors to panic us into supporting the massive needless removal of children in cases that are nothing like the horror stories.

They do it, of course, because it’s all they’ve got.  The data show that, for the overwhelming majority of children, family preservation is not just the more humane choice, it’s also the safer choice.

This isn't the first time Trump's rhetoric and that of his key advisers has borne an eerie similarity to the way those wedded to a take-the-child-and-run approach talk about child welfare. But it's the first time they all were talking about the same thing: taking children from their parents.

Still, Trump hasn’t quite mastered the rhetoric. If you really want people to support tearing apart families you have to be sure to call it “erring on the side of safety.”
Posted by National Coalition for Child Protection Reform at 11:00 PM