Reefer madness at the Massachusetts Department of Children and Families 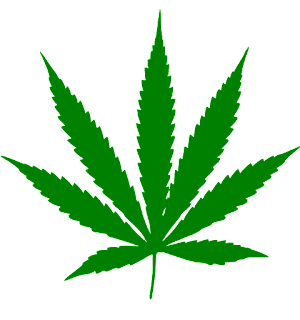 According to a recent story in the Boston Globe, the Massachusetts Department of Children and Families (DCF) is upset over language in a referendum on the ballot next week that would legalize recreational use of marijuana.

The language in question would require DCF to have actual evidence that marijuana use by parents places their children at risk before taking those children away, putting the family under supervision or otherwise interfering with their lives.

The language is so mild that the state’s “Child Advocate” says it wouldn’t change current practice.  Even Harvard Law Professor Elizabeth Bartholet is not upset by this language.  Bartholet is probably the nation’s most fanatical advocate of a take-the-child-and-run approach to child welfare; her own proposals would require the removal of millions of children from their homes nationwide.

But DCF is throwing a fit.

Why the language is needed

This New York Times story explains why the referendum language is needed. It describes how cases involving marijuana possession are misused to needlessly harass families and sometimes take away their children.  There’s also this story from the now-defunct Philadelphia City Paper. And this one from Fusion.  And this case from Ohio.

These stories provide chilling evidence in support of what NCCPR President Prof. Martin Guggenheim, told the Globe.  He said the referendum language

“would be a big step forward in equalizing the rights of rich and poor parents by eliminating what should be an irrelevant factor in prosecuting child welfare cases.”

Guggenheim, a national expert on child welfare law, said child protection is supposed to be about protecting kids who have already been harmed or are at imminent risk of harm.

Yet, he said, “Child protection statutes have been used for decades to control poor people and take away their kids, using marijuana use as pretense — where, on the other side of town, pot would be winked at.”

The harm to children

As is so often the case with agencies like DCF, their position on this part of the referendum flunks the balance-of-harms test.

Surely, by now, everyone in Massachusetts knows how dangerous the state’s foster care system is to children.  Even a lawsuit brought by the group that calls itself Children’s Rights, a group that is no friend of keeping families together, makes that clear. (Yes, the lawsuit was dismissed, but based on a narrow reading of the law, not on the facts of the suit and the condition of Massachusetts foster care.)

Two huge MIT studies found that in typical cases children in foster care fare worse even than comparably maltreated children left in their own homes.  Several more studies find abuse in one quarter to one-third of foster homes.

And consider the finding from a study of a drug problem a lot more serious than pot smoking:

University of Florida researchers studied two groups of children born with cocaine in their systems; one group was placed in foster care, another with birth mothers able to care for them.  After six months, the babies were tested using all the usual measures of infant development: rolling over, sitting up, reaching out.  Consistently, the children placed with their birth mothers did better.  For the foster children, the separation from their mothers was more toxic than the cocaine.

Before exposing children to all that harm inherent in foster care placement and/or the stress of a child abuse investigation, the referendum language says only that DCF should have “clear, convincing and articulable evidence that the person’s actions related to marijuana have created an unreasonable danger to the safety of a minor child.”

That’s a balancing test that should be welcomed by any agency that really cares about the best interests of children.

Such a test is especially needed in Massachusetts.  For well over a decade, Massachusetts has taken away children at a rate well above the national average -- and that was even before a foster-care panic sent removals skyrocketing in 2015 and 2016.

According to the Globe story, DCF maintains that any language anywhere that

could limit a social worker’s ability to consider any substances, including marijuana, as a factor for child custody [is] troubling, especially given the unprecedented spike in DCF cases fueled by the opioid epidemic,

And what, exactly, does smoking pot have to do with the opioid epidemic? Obviously, nothing. But DCF knows that any opportunity to squeeze in a reference to opioid abuse is a great way to stampede people into giving the agency all the power it wants while avoiding even minimal checks and balances.

It appears the Globe had to do a lot of searching to find anyone outside DCF who shares the agency’s view.  They found

Sanford N. Katz, a professor of law emeritus at Boston College Law School,[who] said he doesn’t think the child welfare paragraph in the ballot measure has “any place in the law.”

“Let some action occur and let it go before a judge to decide whether the impact has been negative” he said. “It’s so case-by-case! For example, if you’re legally growing marijuana and the child has access to it, that may be sufficient for social service intervention.”

Right. The same way DCF regularly hauls away children in upscale Massachusetts towns like Newton and Brookline if the parents forget to lock the liquor cabinet.

As for the seductive argument that we should just look “case by case” and let the judge decide, that conjures  up images of carefully prepared expert social workers using their enormous skills and unlimited time to balance the harm of smoking (or growing) marijuana against the harm of removal.

That’s a fantasy. In fact, case-by-case is a euphemism for arbitrary, capricious, and cruel. It is a system in which overloaded undertrained workers are free to act on whim, prejudice and the profound racial and class bias that permeates the system.

The whole point of having laws at all is to protect against the arbitrary abuse of power.

As for judges, they are far more prone to wield rubber-stamps than gavels.  And no wonder. Like caseworkers, judges know that if they leave a child in her or his own home and something goes wrong, their careers may well be over. Remove hundreds of children needlessly and, while the child may suffer terrible harm, the judge will be safe.  That’s why judges in New York City actually admitted, on the record, that they are so afraid of adverse news coverage that they regularly remove children from their homes even when they think the child welfare agency has not made a good enough case.

The real problem with the language in this referendum is that, for once, Bartholet may be right: It may not really change anything.

Posted by National Coalition for Child Protection Reform at 11:08 AM