Did child welfare fearmongering contribute to the increase in COVID among children? 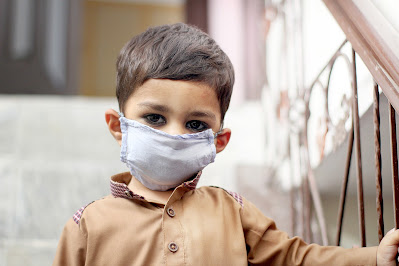 Just one week into the new school year, 5,599 students and 316 employees in Hillsborough County [Florida] are isolated or quarantined as COVID cases continue to rise.  That's equivalent to about 2.4 percent of the student population in the county.

The number of kids infected with Covid-19 is soaring as the highly contagious Delta variant spreads and schools reopen, pushing children's hospitals around the country to the brink. Tennessee’s health commissioner expects the state’s children’s hospitals to be full by the week’s end. Louisiana reached that point more than a week ago. And Arkansas’ only children’s hospital has just two ICU beds remaining.

Remember how some of America’s latter-day child savers told us we’ve got to get the kids back in school as soon as possible to protect them from a “pandemic of child abuse” at the hands of their own parents?

Remember the second wave of fearmongering, the one in which we were told that as soon as schools reopened, the children would come staggering back battered and bruised and we’d better brace ourselves for what one oft-quoted advocate said would be a “tsunami of suffering”?  (Actually, you don’t need a long memory for that one – that myth is still being spread.)

Remember how right-wing politicians exploited these fears to force schools to reopen and force children back into the classroom?  As this Blog noted almost exactly a year ago:

When Florida Gov. Ron DeSantis wanted the perfect excuse for opening schools, all he had to do was whisper the magic words: “child abuse.”  Or as a headline in the Orlando Sentinel put it: “DeSantis touts return to school to counter suspected rise in child abuse amid coronavirus.”

But, of course it wasn’t just the right wing.

Dwyer’s contempt for impoverished families is breathtaking.  As we pointed out last year:

In 2011, he called for the massive forced relocation of poor families. The penalty for not uprooting themselves and their children from “terrible” inner city neighborhoods and exiling themselves – if necessary to small towns and rural areas: government confiscation of the children.

Dwyer blithely declares that most poor parents who live in “terrible place[s]” so do by choice, not because it’s all they can afford.  Most of the rest, he says, made the irresponsible choice to have children – “or to risk creating a child by having sex, despite knowing the child would live in a terrible place…” And besides, he writes, “a relatively high percentage of adults who live in the worst neighborhoods are marginal to begin with…”

So it shouldn’t have been a surprise when, in May, 2020, Dwyer suggested that child abuse in the home is so rampant that schools should never have closed at all.  He claimed “the shutdown decision arguably amounted to a prioritizing of the welfare of certain adults over the welfare of children."  By this he meant that children appeared less likely to get coronavirus or, he claimed, to transmit it.

Defenders of the fearmongering might say what Dwyer and others said in 2020 was excusable because it was before the emergence of the Delta variant – who could have known what would happen?  In fact, the evidence about COVID and children was always more ambiguous than those crusading to reopen schools claimed.  As we noted in that earlier post:

What is unclear is which adults [Dwyer] means.  We do know that the research on the extent to which children transmit coronavirus is mixed.  We also know that in New York City alone 63 public school employees died of coronavirus before schools there were shut down.  Presumably some of them left children behind – some of them might even have been good parents.  And Dwyer makes no reference to a COVID-related disease that does, indeed, attack children – and might have attacked many more had schools not been closed.

Even now, we don’t know how hard children will be hit by the Delta variant.  As Politico put it:

Doctors and scientists say there is not enough evidence to determine whether Delta causes children to become sicker than earlier Covid variants did. … Still, there is growing concern among health professionals that more children are showing up in worse condition than at any previous point during the pandemic.

And some children who had mild initial infections are experiencing long COVID.

We do know, however that the “pandemic of child abuse” claims turned out to be false – and that it was clear from the start that there was no merit to them, because, in fact, the kind of horrors we think of when we hear the words “child abuse” are extremely rare.

Now, enough children have returned to school, and there is more than enough other evidence, to show that (surprise!) Black and Brown parents are not monsters who will turn on their children as soon as white professionals aren’t looking.  Even the head of New York City’s family policing agency (a more accurate term than child welfare agency) has confirmed that the fearmongers were wrong.

Yet the myth won’t die.  Out of 14 child welfare stories summarized in an email we received yesterday (Aug. 16) two promoted the myth about COVID and child abuse.  Hardly a day goes by without at least one such story – even as the real danger of forcing children back into classrooms becomes more apparent.

So it’s about time the fearmongers took a good hard look at what they’ve done.  We are now witnessing a rush back into the classroom. In some cases, school districts won’t, or are not allowed to, require masks.  And children under 12 can’t be vaccinated.  How much did the scare stories about child abuse contribute to all this?

For many children, there may yet be a tsunami of suffering – but not for the reasons America’s child welfare establishment predicted.

Posted by National Coalition for Child Protection Reform at 3:19 AM