Why journalists need to override child welfare’s veto of silence

It’s tough to verify a story when a child welfare agency won’t talk or release records. But it can be done. At the end of this post I’ve included links to 23 24 examples.

This post has been updated to include a link to some excellent reporting by the Kansas City Star in 2019. 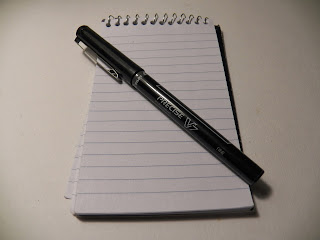 Imagine for a moment that it is 1972. Washington Post reporters Bob Woodward and Carl Bernstein are investigating the break-in at the Democratic National Committee headquarters in the Watergate complex.

One of the reporters calls the White House for comment. A spokesman (or as reporters might derisively call him, a “flack”) for President Nixon replies: “You’ve got it all wrong, but we can’t say anything – it’s all a matter of national security.”  To which Woodward and/or Bernstein reply: “Oh, well, in that case we’ll just forget the whole thing.”

Of course that would never happen – except in child welfare, where it seems to happen a lot.

A family complains that their children were needlessly taken by child protective services. They tell their story to a reporter. The reporter calls the child welfare agency and is immediately referred to their flack who says: “Oh, well, there’s really so much more to the story and we wish we could tell you but we just can’t; confidentiality, you know.”  And, of course, they won’t share any records either.

Over and over I’ve seen journalists who would never let other agencies get away with this give up when told this by a child welfare agency. Or worse, knowing that the records are secret, they won’t even try.

Most of the time, reporters won’t admit it.  But one newspaper reporter did recently during an email exchange. I won’t penalize her for her candor by naming her.

This reporter wrote that she would not write an in-depth story about a child welfare case unless she had access to the actual child protective services documents in the case or access to the relevant court hearings.

In fact, neither she nor most other reporters seem to apply this to all cases. This reporter has written many stories about deaths of children “known to the system” even though the child welfare agency stonewalled. But those are the kinds of cases reporters tend to be comfortable with. The heroes are people reporters can identify with – middle-class foster parents, and/or “child advocates.”  The villains are presumed to be birth parents – people who almost never have anything in common with reporters – different backgrounds, different life experiences, different class and, often, different race.

That also helps explain why cases in which a family alleges the children were needlessly taken are another matter entirely.  They make a lot of reporters queasy right from the start.

What all this means is that when it comes to cases alleging wrongful removal, child welfare agencies have a de facto veto of silence. All they have to do is stonewall and the story will go away.  So even as journalists who cover child welfare regularly, and rightly, complain about agency secrecy, they enable and encourage that secrecy.  I’ve long thought that every time a reporter refuses to override the veto of silence, somewhere an agency flack gets his wings.

And, of course, this leaves the public with a distorted picture of how and when child protective services agencies err; that is, they seem to err only in the direction of leaving children in dangerous homes because that’s almost all that ever gets into the newspapers, online, or on television.

Among the reasons the newspaper reporter who emailed me recently gave for caving in to the veto of silence: “People lie.”

Well, yes. But case records also sometimes lie. So do caseworkers. Occasionally, caseworkers even assert what amounts to a right to lie – in court.  But somehow that doesn’t stop reporters from writing story after story about cases in which, supposedly, agencies bent over backwards to coddle abusive families – often based on nothing more than an unsupported claim by the reporter’s favorite “child advocate.” Because when it comes to who’s telling the truth, people like us always get the benefit of the doubt over people like them.

No, that does not mean a journalist can or should simply take a family’s word for what happened.  And yes, getting at the facts in a case of wrongful removal can be difficult.

Of the many people who claim a child welfare agency acted unjustly some are, in fact, guilty as sin. Some are crazy.  Some have been driven crazy by what has happened to them.  Some have a good point on some issues while others involve many shades of gray.  And some are absolutely right.

But even when the stories are true, because most victims of child welfare agencies are poor, they often are less educated. So they may be less able to gather their thoughts – and their documents – and compose a clear, coherent narrative. So it takes a lot of work to understand the story at all, even before trying to check it.

All that is why, when journalists do focus on wrongful removal a disproportionate amount of the coverage is devoted to those rare times when the long arm of child protective services reaches into the middle class – as in this case and this one.

And yet, for all that, it can be done.

Some families have enough copies of documents to bolster their case. They may have lawyers or other witnesses.  And good reporters know that when an agency truly is being treated unfairly and can’t talk on the record, usually someone will still leak their side of the story. If they won’t give specifics, even off the record, odds are they don’t have a good case.

All over the country, good reporters are finding ways to override the veto of silence and tell families’ stories. They’re not doing it nearly enough, but some very important stories make it into print and on the air. A previous post to this blog cited five examples, four published over a period of less than two weeks.

Here are some more:


● NPR’s LatinoUSA overrode the veto of silence in this half-hour documentary about a typical child welfare case.


● The New York Times got past the veto of silence to report on how fostercare has become the new “Jane Crow.”

●The Times got past the veto of silence again to report on how parents can lose their children for smoking pot.

● NPR refused to let stonewalling stop them from exposing what South Dakota child welfare does to Native American children.

● There’s this from the Houston Chronicle.

● For a brilliant examination of a case filled with shades of gray, check out this series from The Boston Globe. When it was published, more than half of the hundreds of comments – and most were surprisingly civil – disagreed with my own point of view. But it’s on this list because it is comprehensively reported, beautifully written, and gives readers the information we need to make up our own minds.

But you don’t have to be a big news organization to override the veto of silence:


● The Kansas City Star produced this brilliant series. They overrode the veto of silence by starting where so many former foster children wind up: in jail.

● The reporter who would go on to expose the Flint water crisis did this story for Detroit’s alternative weekly Metro Times about what typical child welfare agencies do in typical cases.

● There’s this story from the Lansing (Mich.) State Journal.  And this from the same paper.

● And this series from the Sun News in Myrtle Beach, South Carolina.

It’s not just print reporters who do good work.

● There’s this story from WXYZ-TV in Detroit. (There were many more from WXYZ, but broadcast websites tend to be less good about keeping their stories online.)

● There’s this story from KRIV in Houston and this one from the same station.

And then there’s what happened when the Biloxi, Miss. Sun-Herald ran into the veto of silence. Instead of backing down they made how secrecy harms families the theme of a six-part series.