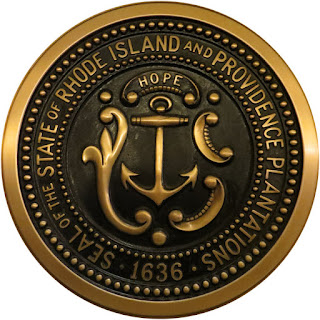 A story in the Providence Journal on Thursday ran under the headline “Rhode Island Kids Count says state relies too heavily on group homes.”

To which I must respectfully reply: Tell us something we don’t know.

Seven years ago, NCCPR released a comprehensive report on Rhode Island child welfare emphasizing the same point: Rhode Island is way out of line in its misuse and overuse of the worst form of “care” – group homes and institutions.

We included a section comparing Rhode Island’s dismal record to Maine, a state which once had the same problem, but dramatically reformed. (There since has been some backsliding in Maine – as one would expect given that the state currently is run by Paul LePage, the man Politico called “America’s craziest governor.” – but it still does better than Rhode Island.)

But unlike Kids Count which gave the usual knee jerk (and wrong) explanation for this overreliance – a supposed shortage of foster homes - we examined the real reason: Rhode Island was tearing apart families at one of the highest rates in the nation.

The most recent comparative data available, from 2015, show that Rhode Island took children from their homes at a rate more than 70 percent higher than the national average – even when rates of child poverty are factored in.  Rhode Island’s rate of removal is double and triple the rate of states that are, relatively speaking, models for keeping children safe.

So, as we’ve said about other states with similarly absurd rates of removal, either Rhode Island is a cesspool of depravity, with vastly more child abuse than most places, or Rhode Island is taking away too many children.

No, it’s not because of opioids

And no, the all-purpose excuse for high rates of child removal, the “opioid epidemic” doesn’t hold up either.

● Rhode Island has been an extreme outlier for at least 16 years, since long before this latest “drug plague”

● Other states hard hit by opioids, such as Connecticut, do not take children at nearly as high a rate. That’s because Connecticut is responding by beefing up drug treatment instead of simply jerking its knee and tearing apart families. (For more about how the opioid epidemic has become a phony excuse for taking away children, see this NCCPR Issue Paper.)

Rhode Island’s failure to face up to the real reason it misuses group homes and institutions led us to call our 2010 report “State of Denial.”

Sadly, the denial has only grown deeper.
Posted by National Coalition for Child Protection Reform at 12:19 PM