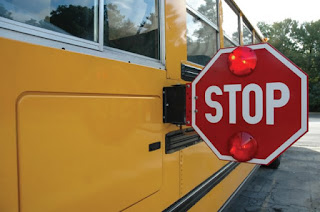 A first grader gives her teacher a hug. The teacher kisses the little girl on the top of her head.  That used to be considered normal behavior for elementary school students and their teachers.  But not in the public schools of Prince George’s County, Md., a suburb of Washington, D.C. Instead, someone decided it might be child abuse. So the teacher was placed on leave and barred from teaching for eight weeks.

According to a very good story by Donna St. George in The Washington Post:

The teacher said the first-grader’s father protested her removal. “The climate they’ve created is just horrendous,” she said, noting that young children expect physical contact. “Are you not going to hug a 4-year-old who is crying?”

It happened during the 2015-2016 school year.  This year, the Post reports, things are much worse.  Nearly 850 school district employees have been put on “administrative leave” because of some kind of allegation of child abuse – a 1,000 percent increase over two years before.  School staff are terrified, and even some members of the Board of Education worry that a “culture of fear” will drive the best teachers to seek employment elsewhere. The sheer volume of absences has disrupted the education of thousands of students.  And, of course, teachers are likely to fear showing any kind of normal affection for students.
The child abuse paranoia machine has struck again – and once again, it is harming children in the name of “protecting” them.

While the behavior of school district officials has been awful, at least they might be able to claim they didn’t know better. Notwithstanding their good intentions, there is no excuse for the Washington, D.C. “Children’s Advocacy Center” to encourage this kind of paranoia – but that’s what they’ve done.

It began with a real horror story

What prompted all this was the kind of thing that usually cranks up the paranoia machine – cases of child sexual abuse that were very real and very serious.  In the Prince George’s County case, they involved a school aide, Deonte Carraway. He was arrested in February, 2016. A year later he pled guilty to sexually abusing 12 children. He told children as young as age 9 how to perform sex acts, then he videotaped them.  He also coerced the children into sending him nude pictures. Police believe at least 23 children were victimized.

There had been other cases in recent years, and the school district had come under fire – and at least one lawsuit – for failing to properly detect and investigate sexual abuse by school staff.

Unfortunately, the reaction to these horrors was not to adopt prudent, sensible policies and urge people to report when they had reasonable cause to suspect abuse. No, the reaction was what we have seen so often in the past: Demands that anyone and everyone report anything and everything – and a paranoid response to those demands.

The Post reports that the response led to cases such as these.  According to the story:

● One teacher in Prince George’s County was escorted out of her school this spring after being accused of making an offensive remark in class.  … [She says] she did not make the comment and the job limbo has been tough. She gets paid, like others on leave, but waits at home — reviewing her teaching materials, reading journal articles, trying to keep her mind in the game. “I want to be teaching,” she said.

●A counselor said he was accused of failing to report a physical exchange between a student and staff member in the cafeteria. But he says he had not witnessed the incident or been at school that day. Placed on leave in January, he said he was cleared at an April hearing, but has still not been called back to work. … He said he worries about his students, some of whom he’s heard were suspended or expelled. He said he wants to be back at work.

●A retiree working as a substitute teacher said he was placed on leave last fall for tugging on a third-grader’s hoodie as he sought to keep her in line in the hallway. He has been out more than six months. “I cannot fault them for trying to help children who need protection,” he said. “But they’ve gone overboard in the other direction.”

As for the teacher who dared to kiss a child on the head, apparently she didn’t learn her lesson. She was placed on leave again this year, this time for supposedly “not following proper procedures when she reported seeing another staff member grab a student by the shirt and shove him.”

This time she was kept away from teaching for most of the school year.

And if the harm to students and teachers isn’t enough, consider the expense to taxpayers and the waste of money that could have been used to actually educate students: So far this school year, the district has spent $10 million paying staff it won’t allow to work – up from $650,000 two years ago.  They also have to pay substitutes, of course, but, district officials say, they’ve cut those costs -- by doubling up classes and getting non-teachers to fill in.

The Post notes that of the 840 reports referred to child protective services, 90 percent were so absurd that they did not even meet the minimal standards needed to start an investigation. So the one bit of good news here is this: The deluge of false and trivial reports probably did not wind up overloading child protective services workers – though we don’t know if it caused any delays or other errors at the county’s child abuse hotline.

Enablers of panic and paranoia

Is there anyone who really would encourage this kind of panic and paranoia?  Sadly, yes. They are people who, like so many in child welfare have the best of motives. But they really ought to know better.

I discussed this in a post I wrote more than a year ago. That post was a response to this essay by the Michelle Booth Cole, director of “Safe Shores” Washington’s “Children’s Advocacy Center.”  The essay begins with the Prince George’s case and two other horror stories from around the nation.

From these horrors Cole leaps to the conclusion that you should report someone to child protective services, or the police, anytime “you just get the feeling that something’s not right.”  Cole wrote that she can’t understand why a student would ever be allowed to be alone with a teacher or how there could possibly still be places in schools “where no one can see what’s going on.”

As I wrote last year, we probably allow such things because

A) When a child needs to confide something personal to the school nurse or guidance counselor, it makes sense that the door would be closed and B) We don’t want to live in an Orwellian surveillance state with cameras poking into every corner.

But that was just the beginning. Cole even advocated the dangerous practice of distracted driving.  She wrote:

Let’s say a school employee needed to give a child a ride home, and only the two of them would be in the car. The adult and/or the child could be on a cell phone the whole time, giving a running description of the drive to the child’s parent or caregiver.

I also took issue with Cole’s approach in general:

[F]rom as early as toddlerhood, Cole is talking about raising children to be constantly wary and fearful. We’ve also trained the adults in their lives to be wary of so much as giving them a hug for fear it will be misinterpreted. All that is emotional abuse on a massive scale.

(And that, of course, was long before the Post wrote about the paranoia in Prince George’s.)

When liberals abandon our principles

Even more alarming, Cole got a lot of support from people who consider themselves liberals.

The same people who are furious when an airline passenger is hauled off a plane because someone “just got the feeling that something’s not right” when she heard the passenger speaking Arabic, have no problem applying the identical “feeling-that-something’s-not-right” standard when the issue is child abuse. The same liberals who are appalled by revelations concerning government spying on individuals see no problem with turning our schools into models of domestic surveillance.

It’s one more example of the extent to which some liberals will abandon everything they claim to believe in – and sound remarkably like Donald Trump or Kellyanne Conway -- when someone whispers the words “child abuse” in their ears.

At one point in her essay Cole writes: “Imagine what the world would look like if we did everything we could to keep kids safe?” [Emphasis added.]

Well, now we don’t have to imagine. It would look like the public schools in Prince George’s County, Md.  So it would look pretty damn ugly.
Posted by National Coalition for Child Protection Reform at 12:07 PM