Child welfare in California: The state finally may bring the group home industry under control 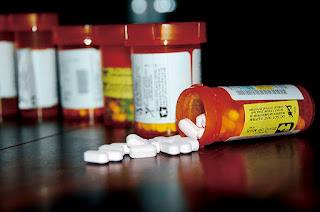 About 20 years ago, the staff at a California residential treatment center then known as EMQ Children and Family Services had a crisis of conscience or, as the trade journal Youth Today put it “a collective epiphany.”

They were caring for 130 emotionally disturbed or mentally ill children in their residential treatment facilities in San Jose and its suburbs, at a cost of about $90,000 a year for each child. These children often arrived at EMQ angry, depressed, suicidal or combative. When they left 18 months later, some were even worse.
“We kept saying, ‘There’s got to be a better way to deal with these high-end kids,’” recalls [then-CEO Jerry] Doyle.
They found that better way – providing Wraparound services to children and families in their own homes or foster homes.  The agency is now called EMQ Families First.
But they faced one huge obstacle along the way, what Doyle called California’s “group home industry” - which fought efforts to have California fund Wraparound.
Though EMQ succeeded, it remains an exception, and the group home industry remains powerful.  But now, at last, the state may be about to bring that industry under control.  Legislation that takes effect in January is intended to drastically curb the use of group homes and congregate care.
For that, Californians can thank a very good reporter and an astute legislator.
The reporter is Karen de Sa of the Bay Area News Group and its flagship paper, the San Jose Mercury News.
Last year, she wrote both a newspaper series and a video documentary called Drugging our Kids – about the misuse and overuse of psychiatric medication on foster children.
Others have done good work on this topic (follow the links in this post for examples), but no other series I’ve seen has marshalled data, told the human stories, and tied it all together so well.
It’s hard to single out any one part as most important.  There’s the overview, which found that nearly a quarter of California foster children age 12 and over are on psychiatric medicines – and in group homes it’s more than 50 percent.  The series makes clear that a lot of the drugging has nothing to do with helping the kids, it’s just an easy way to keep them docile and easy to control.
Part three documents the wining and dining of doctors who prescribe psychiatric medications (along with assorted other payments) – with what appears to be a special effort to target doctors who treat foster children.  The doctors insist this has absolutely no influence on them.  So apparently America’s drug companies are the world’s dumbest marketers, since they’re wasting a huge amount of money on efforts that have absolutely no effect.
But perhaps most compelling is part four, called Finding Yolanda.
Yolanda Vasquez’s mother was homeless and mentally ill.  The story says nothing about the mother abusing Yolanda.  That, of course, raises the question of whether she ever needed to be taken away at all.  Once taken, the moves didn’t stop.  She was moved 50 times before she was 13.
Chemical torture would not be too strong a term for what Yolanda endured after the state became her parent and made her take ten pills a day.  de Sa writes:

After a decade in California foster care, Yolanda had become so medicated with psychiatric drugs, she practically lost the ability to speak.

“I would cry day and night, beat myself up,” she said, looking back, “and all I wanted was somebody to listen and understand and hear what I had to say.” …

Yolanda often expresses herself in metaphors. She described adults medicating her to control her, like a remote-control car. On the drugs she felt like a caged bird, a lab rat, like she was in a box that someone wound tape around and around, trapping her inside.

[Then], she said, “somebody found the scissors.”

That somebody was Dr. Edmund Levin, who became medical director for two of the “cottages” at an institution known as the Lincoln Child Center two months after Yolanda arrived.  Levin was no crusader.  But, de Sa writes:

The “magnitude and the exaggeration of the dosages” startled him, Levin recalled. “I was blown away by the apparent irrational use of medications.” One patient’s dose of sedatives was so high, the child was hallucinating, seeing “monstrous” spiders on the ceiling. … Levin concluded that the “institutional culture” at Lincoln “favored a quick and easy, and low-cost way of dealing with kids’ problems.”

But ultimately, he persuaded the staff to go along with an experiment: Slowly reduce the number and the dosage of the meds and find better ways to deal with children’s behavior problems.

It worked.  The use of psychotropic medication dropped by 80 percent and ten of 16 children on whom it was tried were taken off the drugs entirely.  Yolanda was one of them.  She got her life back.

“The overwhelming majority of children do no worse and most do considerably better entirely off or at doses of psychotropic medication significantly lower,” he wrote.

But then we come to what I found to be the most disturbing revelation in the entire series – even worse, in some ways, than the statistics, the marketing and even the horrors the children endured.

It’s the response to this stunning success from Levin’s boss.

“It’s important to say that Ed Levin was a bit of an extremist,” said psychologist Lesleigh Franklin, who led the therapy team at Lincoln.

Franklin said while she admires Levin and his work on many levels — and concedes that some of the children benefited greatly — the tapering trials in his housing units at times went too far.

“Considering the children that we were treating, I don’t think what was being tried was appropriate,” she said. “There were kids at Lincoln that if they were not on meds, I don’t even want to think about what things would have been like.”


This is, of course, the standard party line from the group home industry:  Oh, we’d like to take them off meds, but the kids are just too damaged, there’s just no alternative.
That’s bad enough when they refuse to even try an alternative.  But Franklin said this after the experiment was over, after it succeeded.
This is a bit like saying “It is absolutely impossible to create a machine in which human beings can fly” – after watching the Wright Brothers’ first flight.
And of course it is only in the upside-down, inside-out, tops-turvy, down-the-rabbit-hole world of child welfare that the person who wants to get the kids off the meds is the “extremist.”
Whenever people who run group homes or institutions prattle on about how alternatives need to be “evidence-based” keep in mind how Franklin reacted when the evidence didn’t go her way.
That’s why stopping the torture of children like Yolanda – again, that’s my word, but read the series and see if you think it’s too strong – is going to require drastic measures.
Fortunately, California might be about to implement one such measure.


That story tomorrow.
Posted by National Coalition for Child Protection Reform at 7:00 AM