That screaming you hear is the sound of foster-care panic 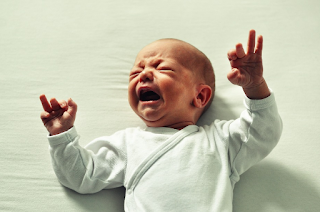 “Just like he screamed when he was taken from me, he screams like that now, when I even leave the room.”

--Amanda Weber, whose 14-month-old son was taken needlessly and held in foster care for three months.

Amanda Weber’s son, Zayvion, was ten months old when he was taken from his mother because of a false allegation of “medical neglect” after the boy became sick.

As the Minneapolis Star Tribune reports:

After three months of separation, Morrison County Judge Leonard A. Weiler ruled in August that … there was no evidence that the boy’s mother had medically neglected the child as the county alleged.

And according to Minnesota Public Radio, the judge

said that [a] nurse provided "disinformation" about the boy's condition to a Morrison County child protection worker who filed the petition which led to an emergency intervention and taking of the child.

What happened to Zayvion is close to the minimum amount of harm a child will endure when wrongfully torn from his parents.  He was not abused in foster care, but after spending nearly one fifth of his life so far without his mother he still bears the emotional scars – you can hear it when he screams.

As I wrote for the online news site MinnPost earlier this year:

No, this is not because of opioids or any other drug plague. Minnesota has been an outlier since at least 1999 and probably far longer.

Minnesota also has a particularly appalling record when it comes to racial bias.  Native American children represent less than two percent of the state’s children – but one-quarter of the state’s foster children, the worst such record in America.

What could make all of this worse?  A foster-care panic, of course.  And that’s just what Minnesota got starting in 2014 thanks in part to the Star Tribune.

Last month, in a long post to this blog I described how the Miami Herald set off a foster-care panic in Florida, undermined reforms and plunged the entire system into chaos – leaving all children less safe.

In 2014 a Star Tribune reporter said he wanted to write stories like the Herald stories. So he did – built around the death of Eric Dean, a child “known to the system.” And his work produced exactly the same results – a foster-care panic that has made all children less safe.  In fact, you could just read the Florida post, substitute “Star Tribune” for Miami Herald and you’d have an excellent idea of what’s happened in Minnesota.

Or as I wrote in MinnPost, after the Star Tribune stories

The governor promptly named the obligatory task force. Incredibly, the task force concluded that a state which for nearly two decades was among the most extreme in tearing apart families was not extreme enough. The result was predictable: a foster-care panic – a sharp, sudden spike in children torn from their homes.

If anything, the effects are worse in Minnesota than in Florida because Minnesota started out with such a high rate of removal in the first place.

And Minnesota illustrates that no, the problem isn’t lack of funding.  As of 2014, the most recent year for which comparative data are available, Minnesota spent on child welfare at a rate above the national average – far above when rates of child poverty are factored in.

As happens whenever there is a foster care panic, the system now is even more overloaded than it was before, so workers have even less time to find children in real danger.  And many more children are screaming for the parents who were taken away from them.
Posted by National Coalition for Child Protection Reform at 11:00 PM