She publishes it herself after commission chair allegedly threatens to censor dissents.

●Read all NCCPR Blog posts about the Commission 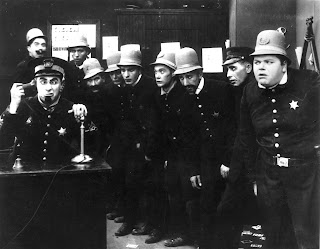 One day before the release of the final report of the so-called Commission on Child Abuse and Neglect Fatalities (or as we call it, the Keystone Kops of Commissions) one of the Commissioners has issued a scathing 24-page dissent that excoriates the Commission not only for some of its recommendations but for its chaotic process and wasteful spending.

Cook County Judge Patricia Martin, the presiding judge of the Court’s Child Protection Division, and one of only two African-Americans on the Commission (the other is Commission Chair David Sanders) published the dissent herself after, she says, Sanders threatened to edit or censor entirely dissents he didn’t like.

We don’t agree with all of Judge Martin’s recommendations, but her report adds vital context to the debate over child welfare – and crucial insight into the stumbling, bumbling way the Commission did its job.

● The final report includes major changes made after the Commissioners took their final votes.  “Those changes were incorporated into the Consenting [Majority] Report without being seen, deliberated or voted upon by the entire Commission.”  The report even went to the printer before Martin was allowed to see it, she says.

● Poor people paid for the Commission.  The Commission spent lavishly - $4 million over two years – traipsing around the country holding hearings and hiring a 20-person staff.  That would be less of a problem if the money had not come directly out of poor people’s pockets.  It turns out, Martin says, the funding was drawn from the federal Temporary Assistance for Needy Families program (TANF) – the program that replaced “welfare as we knew it” in 1996.

So money that was supposed to go to help poor families with things like day care – so they are less likely to have their children taken away on “lack of supervision” charges – was diverted to fund a Commission whose recommendations, if enacted, would lead to many more children being taken needlessly from their homes.

Sadly, this is only the most flagrant example of using TANF as a child welfare slush fund.  States have been doing it for years.

● Martin says the Commission “misrepresents or ignores” the experts who testified at the hearings.  One example she cites is the Commission’s embrace of the latest fad in child welfare, “predictive analytics.” Martin writes:

Martin then quotes the testimony of Prof. Emily Putnam-Hornstein of the University of Southern California School of Social Work, who told the Commission:

“[W]e would be mistaken to think about predictive risk modeling, or predictive analytics, as a tool we would want to employ with that end outcome specifically being [preventing] a near fatality or a fatality, because … I don’t think we will ever have the data or be able to predict with an accuracy that any of us would feel comfortable with and intervene differently on that basis.”

● Martin also blasts the process by which the Commission developed its signature recommendation – something it called a “surge” until it tasked its huge staff with coming up with a better euphemism.  Under the “surge” caseworkers would reinvestigate thousands of cases in which they already had decided to leave children in their own homes under supervision – disrupting the families all over again.

Martin calls this recommendation “another example of this practice of selective citation and arbitrary creation…”  She writes:

Not one witness recommended nor intimated such an approach to eliminate fatalities. Instead, Commission leadership unilaterally decided to include it as a “signature recommendation.” More troubling is that this recommendation encourages foster care placements despite expertise and research that demonstrates that the better path for our children is providing services in home. While purporting to “save lives immediately,” this signature recommendation corrupts theConsenting Report.  … The Consenting Report reads like a tabloid or infomercial relying on sensationalism to convince Congress and the Administration to eschew their good sense and spend an additional $1 billion annually on this recommendation. [Emphasis added.]

● Martin also blasts “The unorthodox process for editing the Consenting Report…”  She writes:

Commissioners have been allowed to submit changes and additional materials after the final vote. Those changes were incorporated into the Consenting Report without being seen, deliberated, or voted upon by the entire Commission. Moreover, the final report incorporating those changes was not released to this Commissioner prior to submission for printing. A simple comparison of the voted upon draft and the final report reflects substantive changes. Thus, the full Commission was deprived of information to perform its duties and/or select commissioners were granted favor to privately shape the report devoid of deliberation. … Therefore, it is this Commissioner’s position that the validity of the Consenting Report must be viewed with trepidation. [Emphasis added.]

And Martin describes what she had to do to get her report published:

[T]he independent submission of this Dissenting Report is yet another reflection of the flawed process. As the reader may be aware, there were two dissenting commissioners. The process was structured such that the opinions of individual commissioners were limited to two page letters to be printed with the Consenting Report. No commitment was made for dissenting opinions. Instead, the Chairman of the Commission stated that he would review dissents and then decide unilaterally whether to exclude the dissent, to edit the dissent, or to include the dissent without alteration in the Commission’s official submission to the President and Congress. As a result, this Commissioner chose to submit the two page letter and to absorb personally the costs of printing and distributing this official document.

We're doing our part to get the word out.  We've posted Judge Martin's dissent here.

Posted by National Coalition for Child Protection Reform at 9:04 AM