Child welfare in Oregon: One bad foster care agency down, how many more to go? 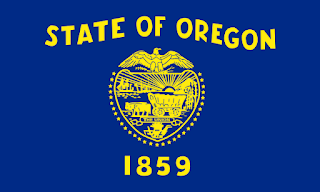 This post was updated on December 31, 2015 to provide more recent data on the rate of entries into foster care in Oregon.

The good news: Thanks to stories in Willamette Week, the alternative weekly in Portland, the state of Oregon has shut down a private foster care agency that warehoused children in hideous conditions.


Here’s a quick sense of how bad things were: Over ten years, four group homes run by this agency were the subjects of more than 1000 police reports – that’s an average of 25 police reports per home per year.  If the police were called to any impoverished birth parent’s home that often, you may be sure the children would have been taken away.

The bad news: Willamette Week also shows how the state Department of Human Services (DHS) knew exactly what was going on and turned a blind eye for more than 18 months.  The private foster care agency was called Give Us This Day, but a more appropriate name would have been Give Us The Children And Go Away.

Even after the first story was published, in September, it was another state agency, the Department of Justice, that actually shut the agency down, not because of what it was doing to the kids, but because of financial irregularities.

Finally, after publication of the story exposing how much top officials knew and how long ago they knew it, the governor demoted the acting head of DHS.

Why did DHS allow all this state-sanctioned child abuse for all this time?   The Willamette Week stories make clear that political connections had something to do with it.  But the bigger reason is the problem that has plagued Oregon child welfare for decades: Oregon is begging for places to put children it takes from their parents, and beggars can’t be choosers.

And the reason for that is not because there are too few foster parents.  Rather, it’s because Oregon takes away far too many children.  To the state’s credit, it’s made considerable progress in reducing removals over the past decade or so.  But as of 2014, the most recent year for which comparative data are available, Oregon still was tearing apart families at a rate at least 15 percent above the national average.  When you factor in rates of child poverty among the states, which is the fairer way to compare, Oregon takes children at a rate nearly 34 percent above the national average.

Oregon’s rate of removal is double and triple that of states recognized as national leaders in reforming child welfare.  And no, this record, which goes back decades, is not because of methamphetamine – the all-purpose excuse long used in Oregon for every child welfare failure.

In Oregon, the harm of wrongful removal is compounded by another common problem.  The Willamette Week stories note that Give Us This Day was willing to take the children deemed most difficult – children other private agencies wouldn’t touch.  But “private” agencies funded with public funds shouldn’t have a choice in the matter.   It appears that DHS does not require private agencies to sign “no reject, no eject” contracts.  That allows agencies to engage in a practice commonly-known as “creaming” – as in skimming the cream.  They take the easy cases and ignore the rest.  Since the state allows this, it makes agencies like Give Us This Day among the only choices for the children deemed hardest to place.

Until Oregon stops letting private agencies get away with this, and stops taking so many children needlessly, there will be plenty more bad actors for good newspapers to expose.
Posted by National Coalition for Child Protection Reform at 10:00 AM